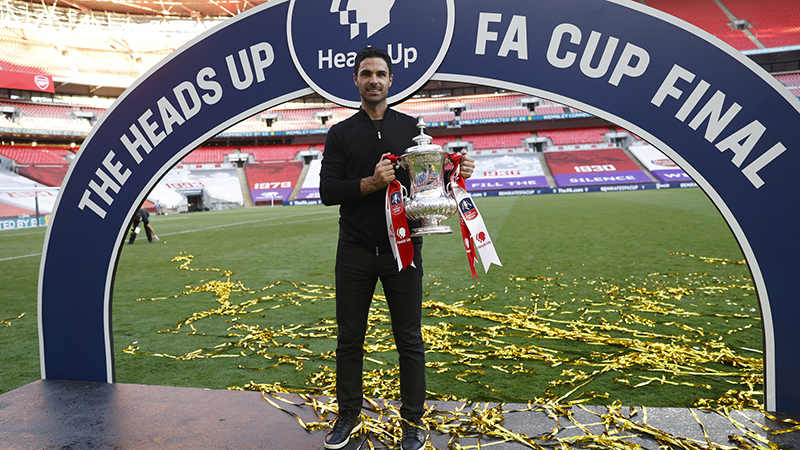 Writing after the Leicester League Cup, it’s been three wins in three in all comps, and hopefully, we can avoid another Anfield-based debasement.
With our good friends being reunited with Bale, Chelsea spending like no tomorrow, and United choking over getting Sancho, it’s clear that there is competition for the top four this season.
Let’s not forget Everton, Wolves, and Leicester in the mix. Yes, we beat the latter recently but both sides were not full strength and with Vardy and Schmeichel, Auba, Laca, Gabriel, et al. it would be a different game for sure.

But we do need to improve on 8th place, for sure.
And that’s not the only improvement required.

We need to do more to rectify this, and this is what I expect from Arsenal in the 20/21 season:

Gabriel perhaps can add to our better structure.

There’s a reason why our defence has been poor for years, and why other faults have persisted too. Defending is not just about the quality of players involved, it’s as much about team structure from attack to defence.

What Arteta has done is make us chase down balls, close space in the defensive third, and make us more resolute whilst defending.

It’s imperative that this continues.

Gabriel, albeit on a limited showing of games, has looked good. And Tierney and a seemingly revitalised Bellerin can be vital too in this regard. We’re expecting much from Saliba, but he’s evidently very young and it’s wrong to expect big things from him.

Most goals we conceded are due to bad defending, and if we can improve on this, then it would see us improve on 8th place.

– Europa League success (or a strong showing at the least)

Oh, so sweet! By winning a trophy these lot haven’t won in decades, we relegated them to some inconvenient playoffs!

Arsenal have achieved a lot – and not just trophies. From innovative things like under-soil heating at Highbury, pioneering women’s football in England, and boosting the PL’s global profile via the Wenger successes, we’ve certainly left our mark.

For a club of our global profile though, we haven’t achieved much European success. Or not as much as other clubs with a similar profile. The defeat in Baku hurt, IMHO, for this reason. As did losing to Olympiakos no less.
The bookies are making us favorites somewhat, and whilst Leicester and our good from the N17 postcode will be looking to win a trophy for the first time in years, we need to make the most of this and get to the latter stages at the very least.

I want to win it though. Only Man United and Liverpool have more English leagues than we do. We’ve won the most FA Cups. We need more European trophies to cement our elite club status, and if anything that’s our major flaw as a club.

– Win the Europa League and make an impression in the Champions League the next season after.

Our last win at Spurs – A Rosicky rocket secured it. Six years is too long.

Our last away win vs. another big six club was at Man City in 2015. This was the seemingly noted 2-0 win, where Cazorla and Giroud scored and this was a supposed template for playing away from home at a top side. Sadly, this template was a flash in the pan and wasn’t replicated.

It’s pretty much time we got an away win at the top six.
Could it be in Liverpool shortly? that’s a stretch if I am honest. But who knows? Who thought Palace would beat Man United lately? life is unpredictable.

That said, if we’re supposedly on the way back, then a good win at a top-six club’s ground would signify this.

We’d need to defend like dogs and be professional and thorough, but in doing so we can show we’re developing a new attitude.

– Win away at least one of Anfield, Old Trafford, Spurs’ stadium, the Etihad, or Stamford Bridge
– Preferably, it would be at the new White Hart Lane or Old Trafford. For one, it’s Spurs. And to see the anti-Arsenal Youtubers like Mark Goldbridge lose it would be immense. 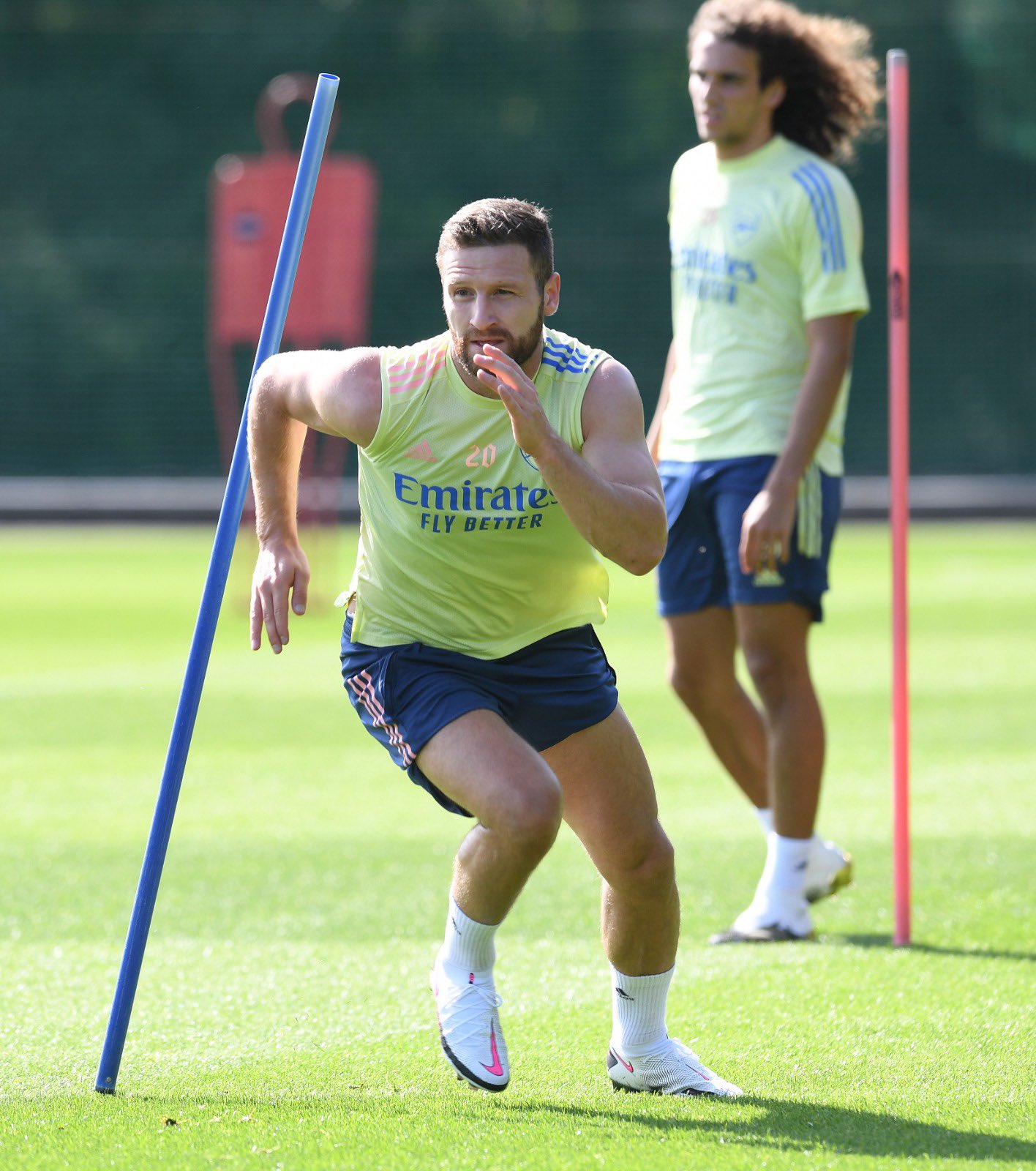 Mustafi has improved and committed less key errors. He and others need to keep it up this season.

Gary Neville said that Sokratis, Mustafi, and Luiz were uncoachable. I can see where he was coming from. As we were making so many errors, and he was seeing them directly on Sky Sports, then he may have thought “are these guys being coached? Are they responsive to coaching?!” These are fair questions, which Gooners have asked too openly. I can’t read Neville’s mind of course, but despite him failing at Valencia as a manager he still is a qualified coach and would see things from a coach’s standpoint in his analyses. He did assist Roy Hodgson as England manager – yes England wasn’t stellar then, but that wasn’t his fault solely.
Mistakes happen – van Dijk conceded two goals vs. Leeds in Liverpool’s opening game. So all defenders, no matter who world-class, make gaffes.

But if we concentrate well, then gaffes can be limited.

Even Mustafi has improved under Arteta, meaning perhaps better coaching is present.

So as there is a better structure, then we need to ensure we’re switched for as much of the games’ duration as possible.

Expectation – this linked to goals conceded as above, but I’d like there not to be player conceding more than two key errors this season.

This was a good away win last season at Wolves. We need more this time around.

Our away form has been poor for several years now. I reckon it’s due to our weak defensive shape generally, as teams can pick us off readily with their own home support back them. Even at home, teams know how to exploit our weaknesses often, and we win due to familiarity with our own patch and better firepower.

It’s time we stop being a soft touch away from home. This should come from hopefully better defensive displays. But also from more steel, if we get in Partey or a similar type of midfielder.

So these are, in my view, some reasonable expectations of our season.

We’ve had two wins, but with differing performances in each.

To improve there are intangibles as much as tangible points, Arsenal over the past several seasons has lost much of these intangibles.

At the time of writing, I believe we hold the scope to improve but then need more. If we can secure Partey and/or Aouar, this would put us in very good stead to hear the Champions League anthem at our games next season.

Happy to win scrappy: Gunners Town Pub Pod Review – Leicester 0-2 Arsenal (Carabao Cup 3rd Round)
So much Potential, So little Progress – What to do with Reiss Nelson