We have another instalment of the Herbert Chapman “Derby” – since the great manager had successful spells at both clubs. He won the league three times in a row at Huddersfield and then commenced our great era in the 1930s.

Moreover, this fixture has irony due to it being Wenger’s last ever game at Arsenal. An Arsenal legend thus started at their club, and another ended at their club.

However, how can we set up here?

And how will Huddersfield approach this game?

We’ve played a number of games in succession. Will we be tired? It’s possible.

And with the injuries, who knows if it will take its toll.

However, I see little wrong in playing some of the kids in this game, at least off the bench. Why not try Maitland-Niles in midfield?

Or Nketiah up front for 45 minutes?

It would give them experience and may be required considering our big guns are playing every game now.

Will our German maestro come back?

Much is being said of a supposed bust-up between him and Emery. If it’s true, who knows? But then he cannot remain injured forever, and he this may be as good enough a game to feature in.

My own view on Ozil is that he may well have some kind of chronic injury. It may not be a cover or excuse, or being treated with “favouritism”. The latter point was cited under Wenger, but then why would both Emery and Wenger do the same thing here? Either way, I get the feeling Ozil may return. What’s certain is that as fans we cannot really gauge or make assumptions. Quite a few said that Ramsey “didn’t want to sign” but we now know this is false (he did want to and the club retracted the deal). Ozil may well have specific medical needs requiring time off, and the club due to PR reasons kept him on. And in a way rightly so, given the Alexis departure and Ozil’s quality on his day.

Yes, I’m speculating here. But I accept it’s just conjecture. I merely don’t know, and cannot know as a fan.

David Wagner has done well to get Huddersfield promoted, and sustained in the PL for two seasons at least. However, he has to have a plan here. If not, then it would be a murderous scoreline.

I anticipate a more physical game, or at least with some kind of structure. And this may mean trying to match us in the midfield and looking to press us. To be fair, we’re riding out teams’ approach here, and I think this is a factor in our good run of late. 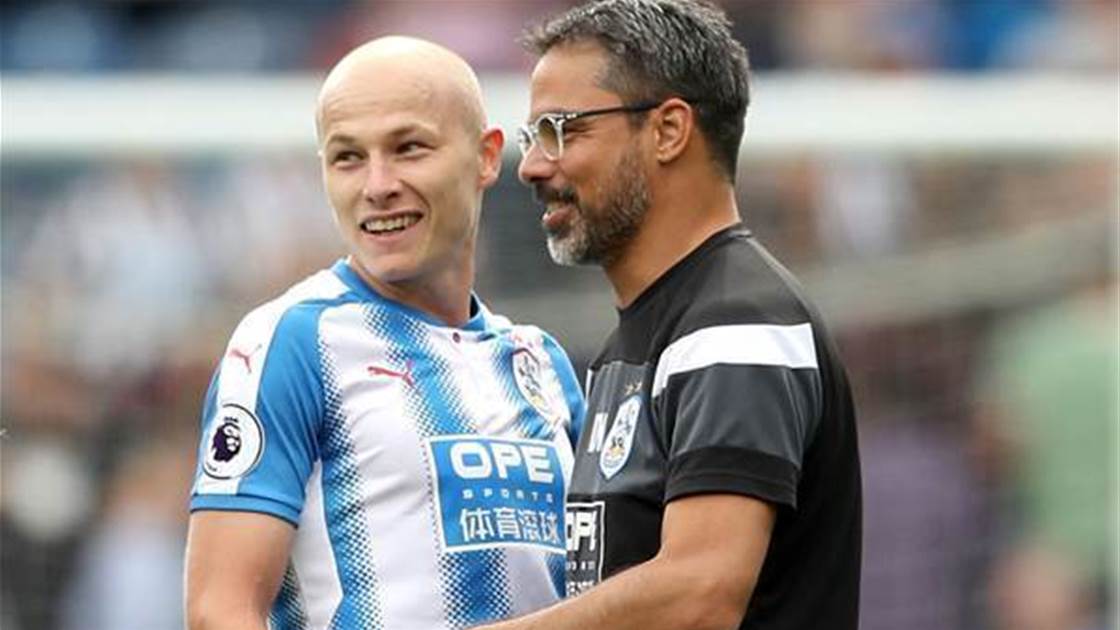 Wagner will surely need a plan here – and Mooy will be central to it.

Teams are realising that we’re no longer a soft touch. And we’re slowly but surely reverting to the balance of the Wenger winning years – in being strong technically, but also physically and mentally.

Aaron Mooy is a good player, who has scored a number of vital goals for them both this and last season. He is a player we have to watch.

With the Scum coming up again soon, will we play them both in this game and against the Lillywhite mob?

My fear is twofold – one that they can get tired.

The other that Kane will feel sad that Auba can get further ahead in the Golden Boot race.

Auba AND Laca here? Maybe with Ozil and Ramsey too?

But then with the injuries, we’re possessing, we may need to play some of the youngsters, as aforementioned.

On paper, this is a game we should win. But then to quote an old cliche – football isn’t played on paper.

And to end with another, there are no easy games. We cannot take them lightly.

But we should have too much for them.

Another win for us in the Herbert Chapman/last game of Wenger “derby”.