We host AC Milan today, merely a week after the first leg. Such are the perks of Europa League though: we have to play catch-up with the Champions League schedule-wise, so ours is a bit more packed as a result.

If there was a time I’d prefer the return leg, however, I would say this Thursday. After comprehensively beating the Italians last week and winning the battle of cojones on Sunday, we appear to have gathered some momentum.

While our defence remains as shaky as it has been all season, holding Gattuso’s men at arm’s length, and even shithousing our way to a clean sheet against Watford with a second-string back four, does inject some much-needed confidence into the side. 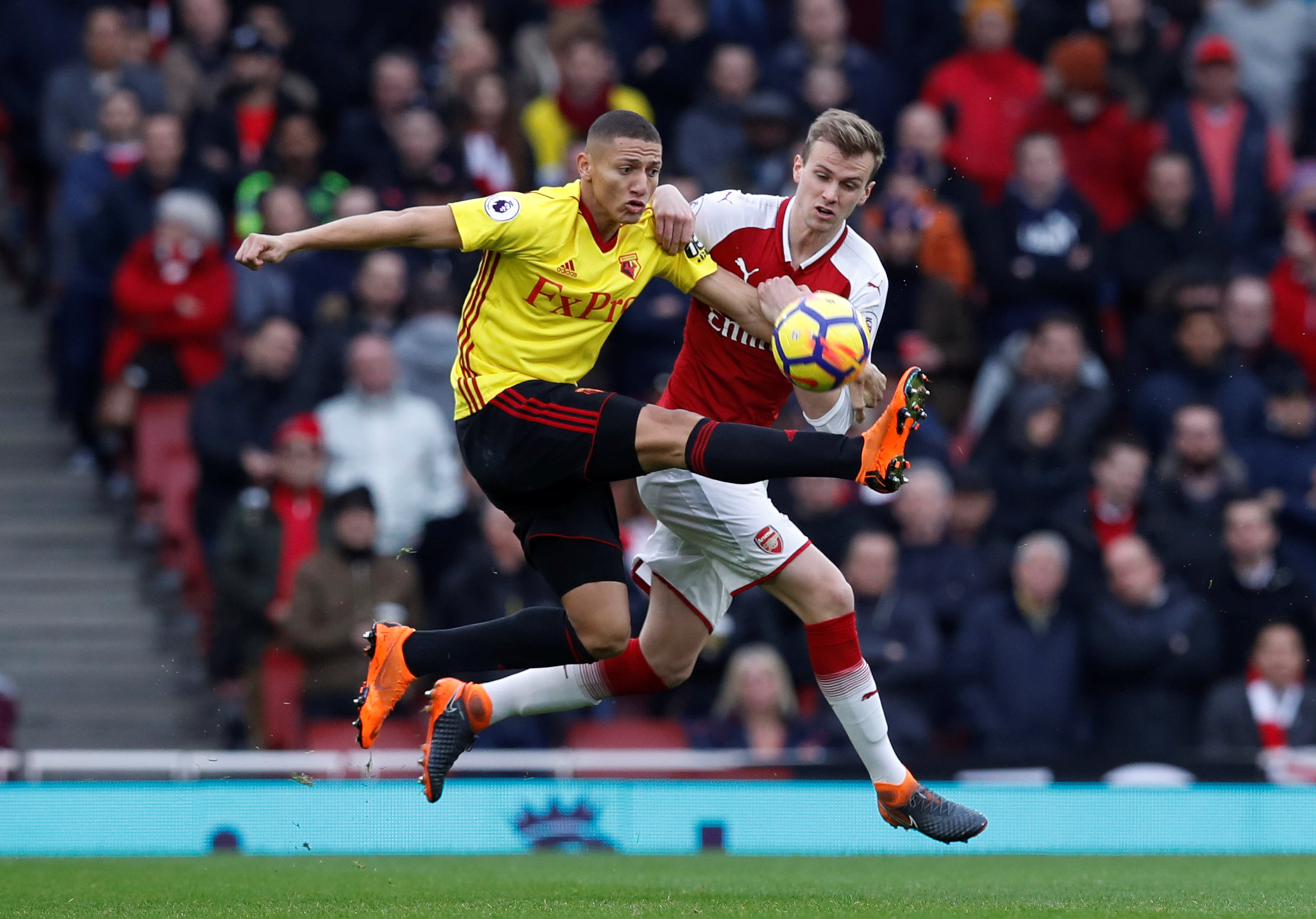 Impressive outing from our backup back four

Laurent Koscielny and Aaron Ramsey will once again be available after being rested at the weekend. In a chunk of good news, they will be joined by Bellerin, Monreal and Mustafi, all of whom managed to shake off knocks of varying degree.

The only absentee on the night will be the man we perhaps need most (no, not Aubameyang): Lacazette. The Frenchman had his first session outside, but is still short of match fitness. However he should by all means return after the break:

“Everybody’s available apart from Lacazette who is coming back into training, but is too short to be available for tomorrow.

“He’s on track. He had a full session outside today and should be available after the break.” – Arsene Wenger

Lacazette’s absence is a blow of course, as I’m in no doubt we’ll see Bambi on skates aka Welbeck deputise again. The Englishman has become painful to watch in all honesty, and I’d rather entertain the idea of Ozil as a false nine. I’m sure Arsene will disagree with me though.

Do we really have to go with Welbeck again?

I would expect Wenger to change little from the side which got the job done just last Thursday. The Frenchman is well-known for giving his players second chances after bad performances, the odds of him making changes after a good one are negligible.

However there is at least one major debate to be had, and that revolves around our defensive structure and personnel. I would expect Bellerin to slot back in on the right despite a solid performance from AMN on Sunday, for one.

The we also have the question of whether playing a back three can be beneficial for our shape. Given that we hold a 2-goal advantage after an away match, there needs to be a degree of awareness. If Ostersunds can score twice at the Emirates, then Milan certainly can too, however shambolic they appeared to be last week.

I think going with a back three would make the most sense. It will allow to give Kolasinac another game (which he deserves after his last outing), while also accommodating all of Koscielny, Mustafi and Monreal. Of course, after quite a decent performance from Holding and Chambers I would be all for them getting some more minutes, but I can more or less make a case for any one of our defenders right now.

Which one at left-back?

Playing a back three will also mean dropping one of Wilshere or Ramsey and I suspect Jack will make way. I can’t see Wenger dropping one of his premium tens (Miki and Ozil), likewise I can’t see either deployed in the striker position. Which means it’s Xhaka +1 in midfield, and given Jack’s contract shenanigans and Wenger resting Ramsey specifically, it all points to Wilshere becoming expendable.

However, knowing Wenger, he’ll likely just stick to the back four, stick Monreal for Kolasinac and Hector for AMN and keep everything else intact. Hence my squad prediction.

There’s no denying that, despite a relatively restricted number of minutes this season, the Welshman remains one of our best players. Once he got injured in December our form noticeably slumped, and hasn’t really recovered until recently, once Aaron was fit and available again.

That, I think, is no coincidence. You want to have your best players fit and on form to be a better team. However, more pertinently to the game today, Aaron’s play as an almost auxiliary forward will be particularly useful, seeing as we’ll have a misfiring Welbeck up front.

It’s not Ozil’s or Mkhitaryan’s forte to join attacks and make runs into the box. They are more comfortable providing the bullets than pulling the trigger, albeit the Armenian, with two goal inside a week to his name, might yet change my mind.

Regardless of how I view those two, I think it’s Ramsey who represents our best shot at scoring without Aubameyang or Lacazette in the team. His secondary runs are going to be essential, and add further credence to why we should go with a back three, by the way. 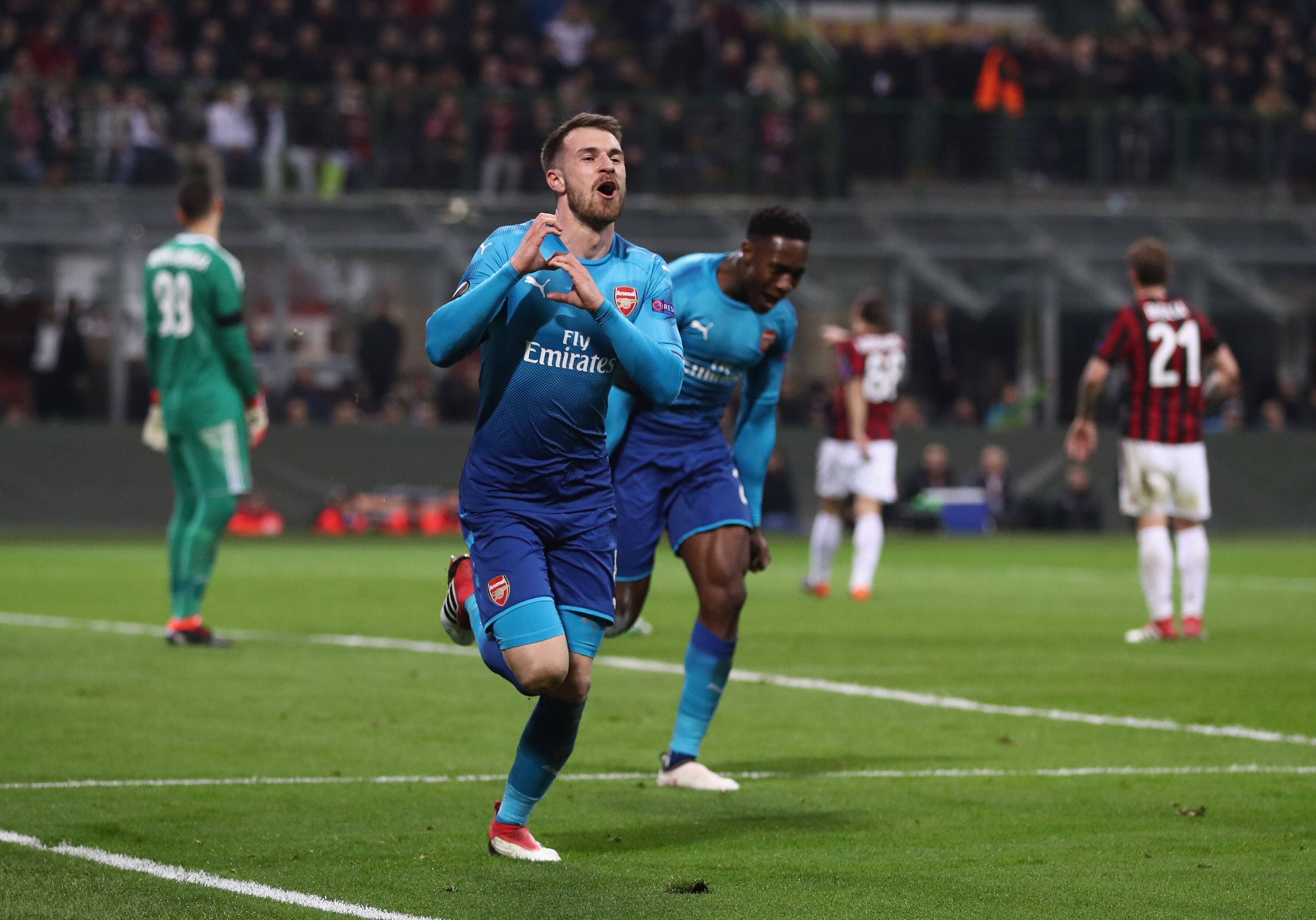 While Arsenal are kings of mucking things up, our home form and the 2-goal away cushion provide some comfort. On top of that, Milan looked utterly useless a week ago, and I’m not saying that to diminish what was an impressive team effort from the Gunners.

Yes, to an extent if you are good, your opponents look bleak in comparison, however the number of unforced errors Milan made (pardon me for using a tennis term) was absolutely through the roof. Despite having a lion’s share of the ball in the second half, they were truly dreadful when it came to using it.

Was it that they underestimated us? Could it be they pulled an “Arsenal” on us? Came into the game completely confident we’ll just roll over and let them win, that was enough to just turn up to smash us?

If so, they were badly wrong, but seemed unable to change their mindset mid-game. This proved costly, but not yet fatal for them. So we need to finish the job. In front of our fans (what’s left of them anyway), with a carrot of a European QFs dangling in front of us and, finally, just for the sake of keeping up momentum and that run we are on.

Back here to review the game

Three Dark Horses to Replace Wenger When He Heads Off To The Glue Factory
Arsenal v AC Milan: Eddie! Eddie! Eddie! Chance for Youngster to Shine in Europa 2nd Leg