A day to go now and the excitement is rising

The end of the season, a dream realising

A day to go now and all Gooners knowing

Irrational yes, but confidence is growing

Forgetting the facts, half the team want to leave

Half the defence we are missing and still we believe

Of course they are better the experts will say

Our captain so rusty, he squeaks with each stride

The Big F..king German though, he will not hide 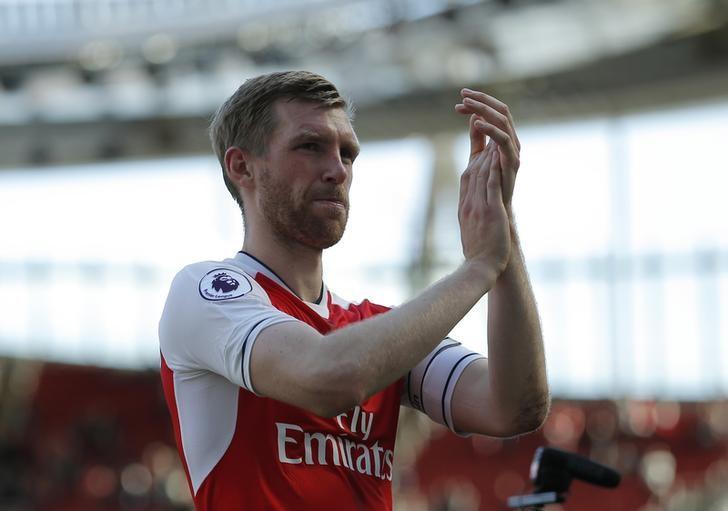 Surely, at Wembley it has to be Cech

With Per it looks like Holding and Nacho, a three

A lucky break for Gibbo, his last match to see

On the right, should it be Hector or will it be Ox?

Better defender or better crosses in the box?

Bellerin to start, the man with the shirt

Ox to come on later, their tired legs too hurt

Ramsey and Xhaka or Xhaka and Coq

Which combination to be the impervious rock?

I think the Welshman will start on the day

So please Aaron some discipline and know when to stay

First to protect our defence and be strong at the back

By so doing earn the right to join the attack

And Granit stay focused and stay in the race

Your sublime range of passing made for this space

Finding the gaps and finding our runners

With your probing passes and your thirty-yard stunners

Give Arsenal the base to grow into the game

Give a platform to the maestro we all know his name

We’ve got Ozil, but which one have we got?

The World’s best 10 or the one who forgot

That he has the talent to win us this day

Leave nothing out there Mesut and have the last say

And Alexis if this is to be the last game?

Leave Wembley a winner, us singing your name

Let the stadium ring out to ‘Alexis Sanchez baby!’

A final decision up top, Danny or Oli

Picking the Frenchman though would be folly

It has to be Welbeck to stretch their back line

Danny in behind, may this match define

So there is our team to gun us to glory

To write a new chapter in Arsenal’s proud story

A day to go now and the excitement still rising

The end of the season, a dream realising

A day to go now and all Gooners knowing

Irrational yes, but confidence is growing

No more talking or words left to say

Passionate fifty-something Arsenal supporter who has been making the journey to N5 regularly since the early 1980s – although his first game was in 1976. Always passionate when talking about The Arsenal, Dave decided to send a guest blog to Gunnersphere in the summer of 2011 and has not stopped writing about the Gunners since.

He set up his own site – 1 Nil Down 2 One Up – in February 2012, which he moved on in 2016 to concentrate on freelance writing and building Gunners Town, which he launched with Paul in 2014.

The objective of GT was to be new and fresh and to give a platform for likeminded passionate Arsenal fans wishing to write about their team. Dave still of course, writes for the site himself and advises the ever-changing writing crew.

Man United Players show No Class off the Pitch – Time for Arsenal Class on the Pitch
Keown, Merson and Wright help a Gooner win £100k Sun Fantasy Football 20 Years Ago